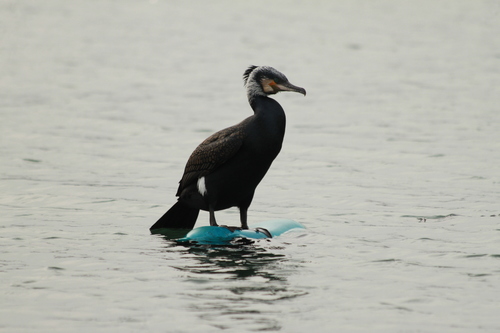 If you live in a coastal area, you might just be lucky enough to catch a glimpse of one of these cool birds.

They can be described as having a long neck, dark color with a wingspan between 121 a 149 cm. When it comes to body size, males tend to be bulkier than females, having between 77 a 94 cm in length.

This species in particular also has a bit of white on its head and stunning blue eyes. 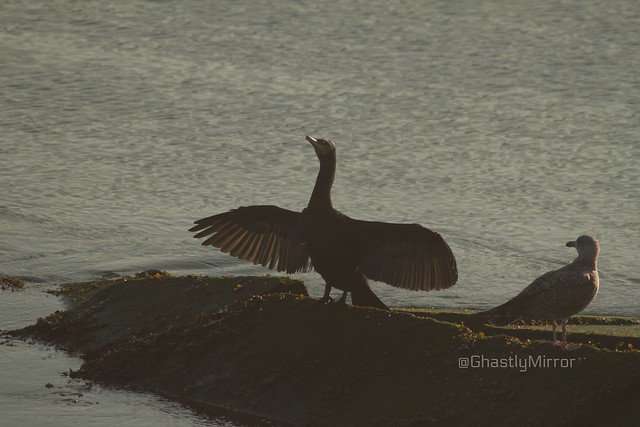 I myself got to see them just hanging out at a Port. I would often find them resting with their wings wide open, there is a reason for this.

See, unlike other typical aquatic birds, their feathers are not waterproof, this in turn helps them sink into the water better making them very excellent divers.

But it requires them to dry their feather in the sun every time they go out for a swim.

And what do they hunt for in these dives? Fish mostly, common soles, flatheads, mostly big and torpedo-shaped fish (or small insects and amphibians in freshwater zones).

They catch them with their beaks and then go back to the surface just to swallow them in one gulp! I actually manage to see it with my own two eyes, but I did manage to capture it in action on time. 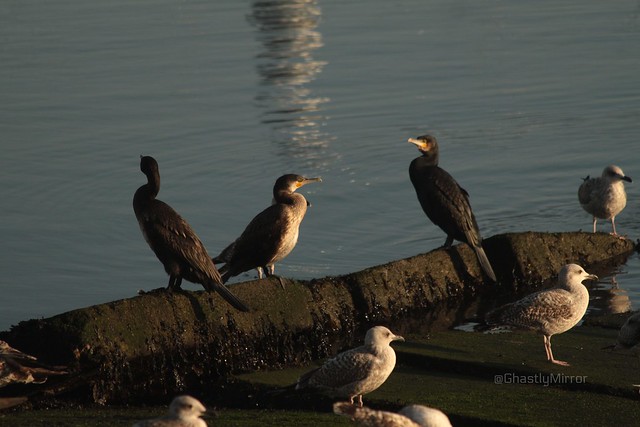 They´re also a very social species, so it´s unusual to find small groups of them together just chilling.

In Portugal at least, they are migratory birds, between April and June, they travel to the European North around the Baltic Sea, to reproduce where they form nesting colonies on rocks and even trees. Then by Fall, they return to rest here in the Winter.

Mating couples tend to go to the same nesting sites every year and they lay between 3 to 5 place green or blue eggs. The incubation period is between 28 to 31 days.

The thing that I found most interesting about these birds is their relationship with humans.

While fishermen have often seen them as competition (to the point that they were almost hunted to extinction), in some cultures their great diving skills make them an asset.

For example, in China and Japan, they have trained birds to catch fish for them, they do have their own tricks to prevent them from swallowing the fish though, but still interesting nonetheless.